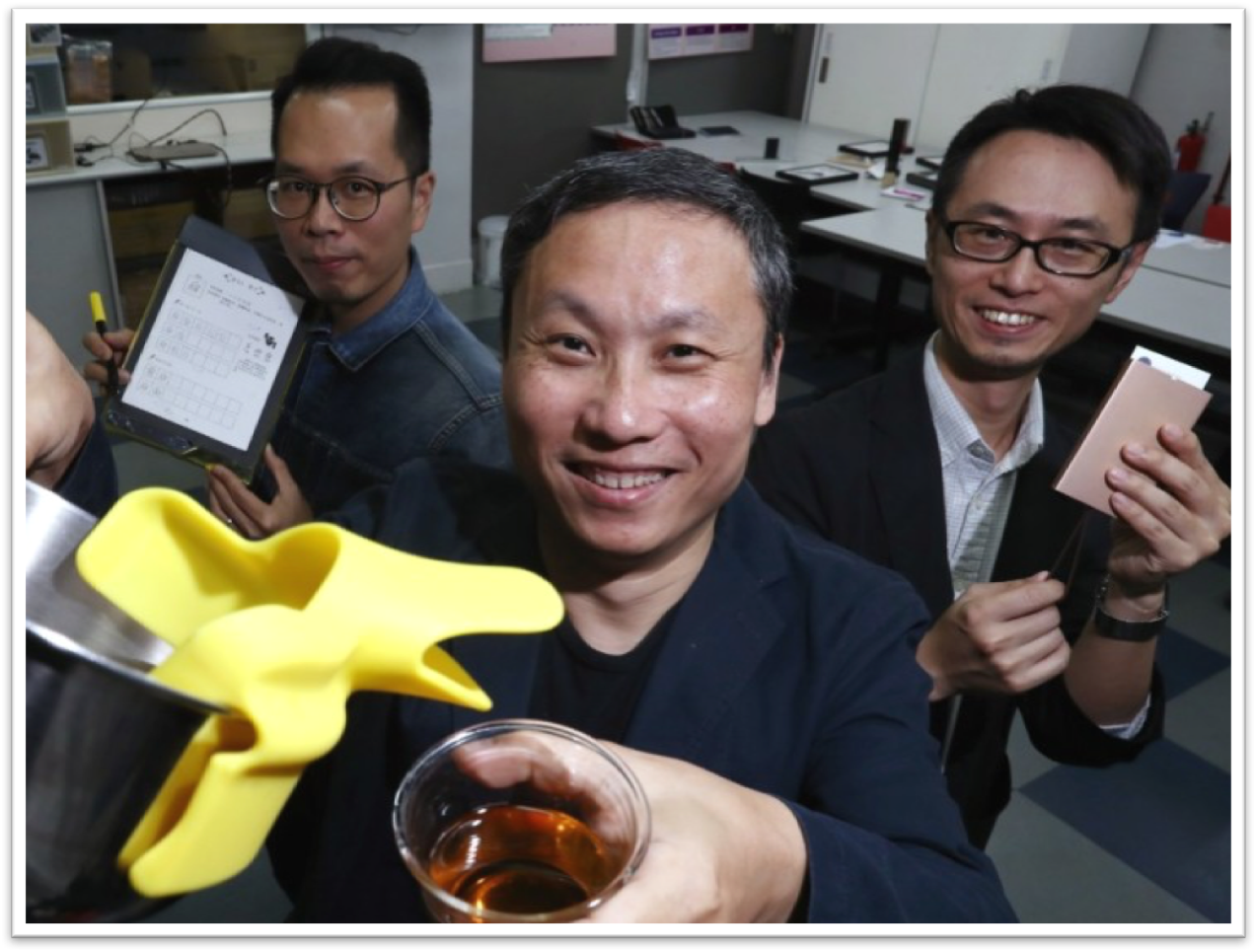 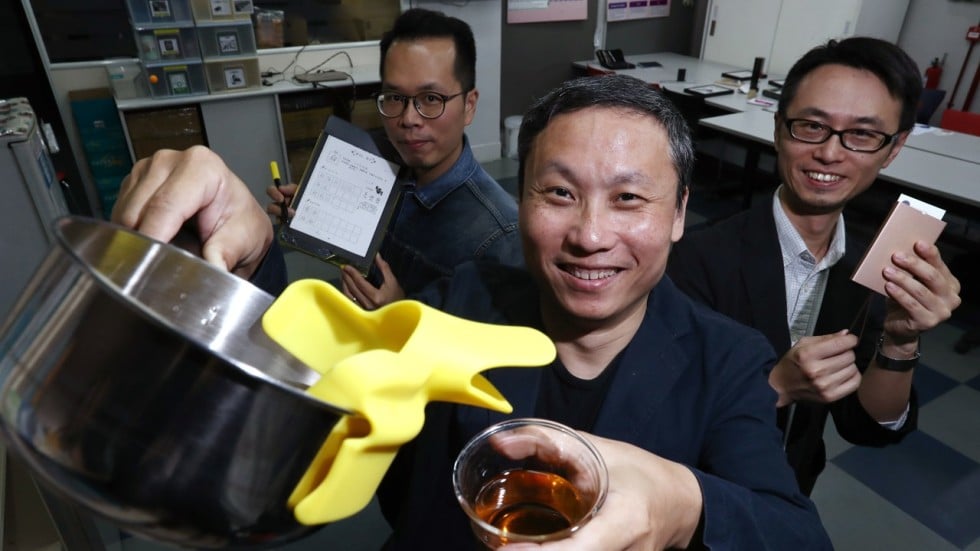 Three Hong Kong designers have been recognised in one of the most prestigious product design awards in Germany, beating thousands of competitors from around the world.

Another gadget – a one-size-fits-all spout and strainer for saucepans – was chosen as one of the top 10 products with creative solutions among some 4,400 ­exhibitors.

The awards were presented at an international trade fair in Frankfurt in early February.

Three products, which had won the Hong Kong Smart Design Awards last year, were nominated by the German Design Council, a leading design institution established by the German Parliament in 1953.

Winners from the Hong Kong competition have attended the trade fair each year since 2014, but it was the first time the candidates were nominated and also ended up winning awards.

Benson Pau Kit-kwan, chairman of the Hong Kong Exporters’ Association, who organised the local competition, said the awards were a major recognition for the city’s design industry. 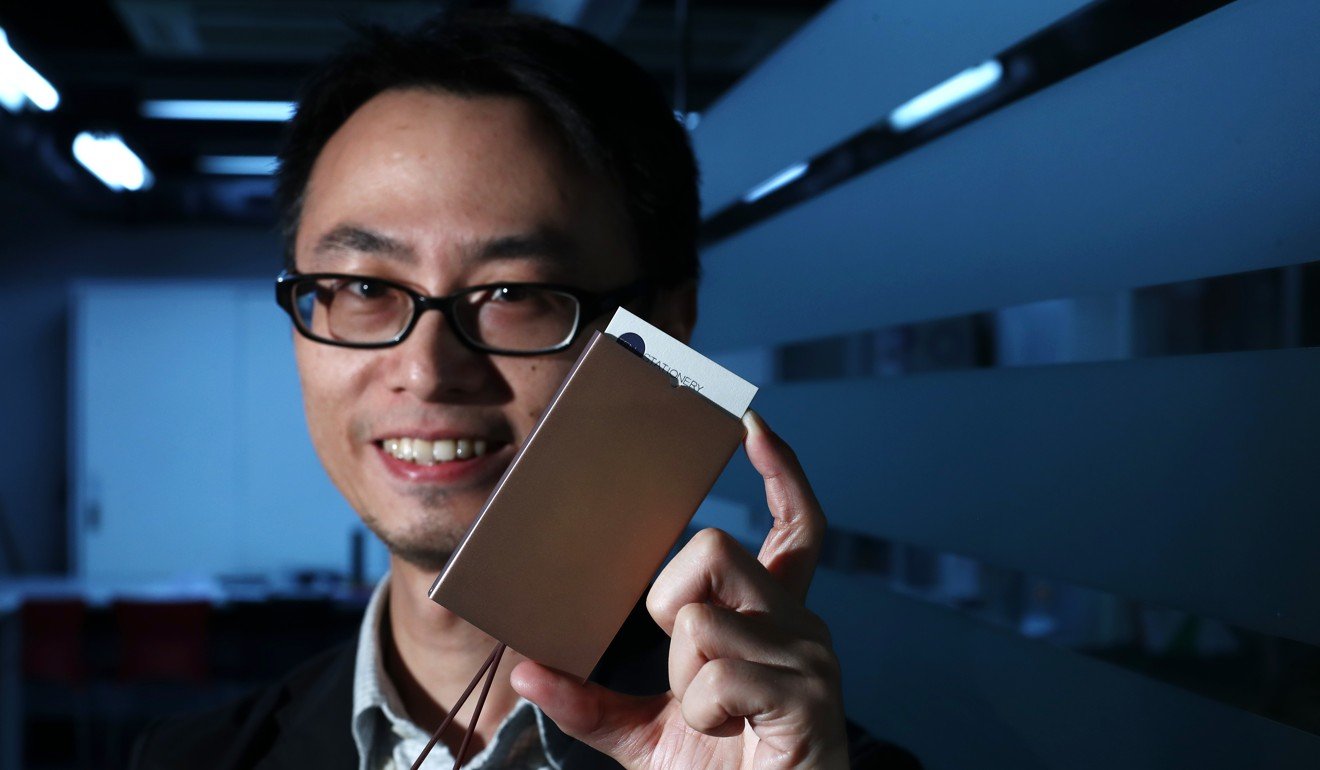 “It’s not an easy feat. Hong Kong design is not bad. We are lagging a bit behind others and we’re not at the very top. That’s why it’s important to let the rest of the world know that Hong Kong is capable of good design and making good products,” Pau said.

“At a time when machines can replace our future jobs, the government needs to invest in education and nurturing the future generation to do good design and innovation, which is something that machines cannot replace,” he said.

Only 45 candidates worldwide received the Gold Award – the highest honour in the German Design Awards – out of some 5,000 submissions.

Hong Kong’s sole winner in the category was a smart business card holder that allows name cards to slide out automatically with a simple pull of a silicon band.

“Giving out name cards can be clumsy. I wanted the process to be easy and smooth, but I couldn’t find one on the market, so I decided to design one myself,” designer Paul Lam Chun-kwok, 41, said.

The case, made out of aluminium, is held together with a silicon band. The band is connected to a spring mechanism inside the case, which when removed, pushes the name cards out automatically.

Lam tested the band over 6,000 times to make sure it would not lose its elasticity. A tablet that helps children practise their Chinese writing bagged the excellent product design award in the computer and communication category.

“When teachers mark their pupils’ Chinese homework, it’s difficult for children to know what exactly they got wrong unless the teacher shows it in front of them. The order of their strokes could be wrong, or the characters sometimes are not written perfectly,” said designer Theo Wong Chin-cho, 36.

Children can practise writing simplified Chinese characters on paper clipped onto the tablet with a special ball pen.

The tablet is linked to a mobile app. If the character is not written correctly, the screen highlights the wrong features, and plays back in real time the correct way to write the character, and how the user has written the character side by side. 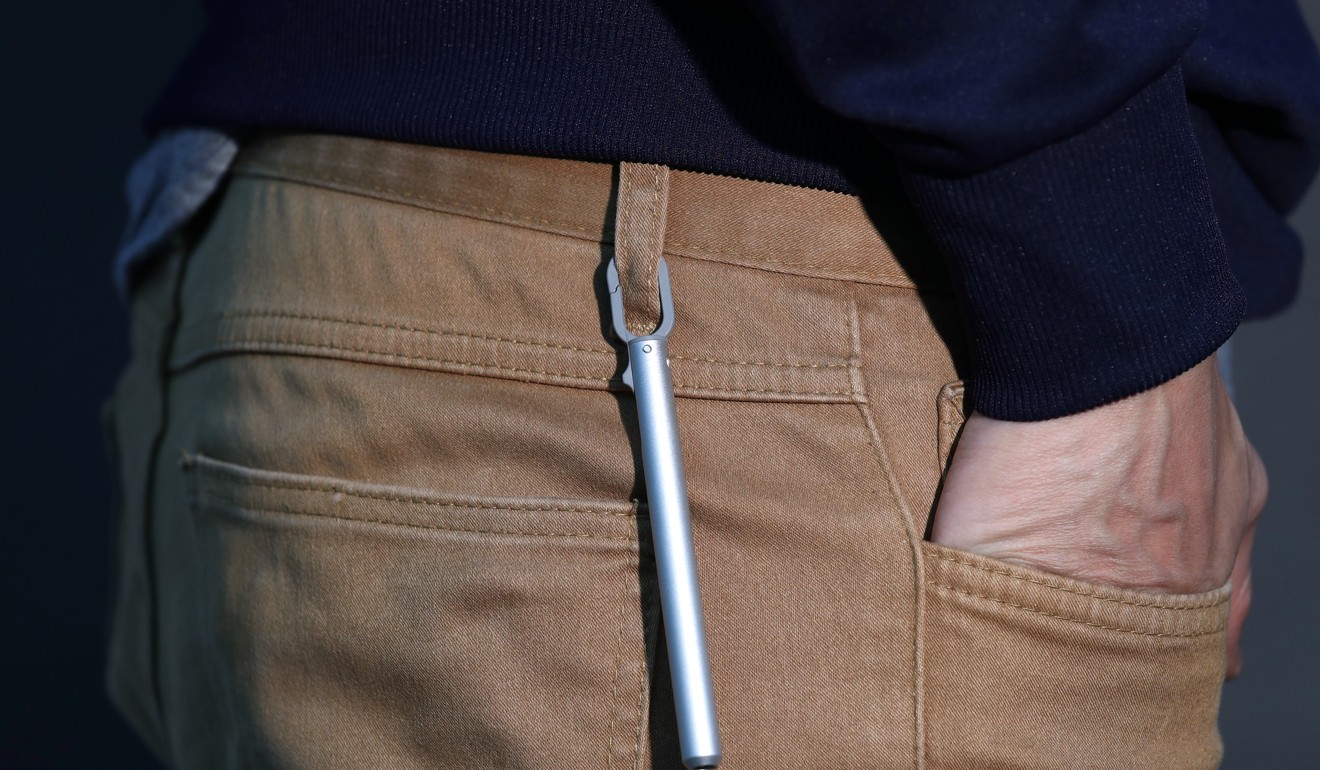 At present, the tablet and the app only work with simplified Chinese characters and are paired with writing exercise books for primary one and two pupils in mainland China. Wong hoped to create a version with traditional Chinese characters to sell to the Hong Kong market, as well as create an English version of the app to help foreigners learn Chinese.

Chinese writing help aside, the tablet also digitises any handwritten notes and can transform it into a PDF file or video that can be shared with others.

Another designer, Yuk Wang, who made a flexible spout and strainer that fits most saucepans, said the award was an encouragement and recognition for innovators like him.

“When people talk about design for household items, they think of Scandinavian or European brands. But actually there are a lot of people in Hong Kong who also make good designs,” Wang said. “I think this award can show others that Hong Kong designers don’t just repeat or imitate other designs. We have our own unique ideas too,” he said.